Before Adventures in Odyssey, there was “Family Portraits,” a short series that introduced the world to what was soon to be everyone’s favorite small town. In the episode “The Letter,” a teen named Stacey gets into an argument with her father and eventually finds a way to forgive him. This was the first Focus drama featuring Katie Leigh, who would soon play Connie Kendall. Hear “The Letter” and Katie’s memories of the recording.

FREE EPISODE: “House Guest,” a Focus on the Family drama from 1985.

Merry Christmas! “House Guest,” one of the early dramas Focus produced, was a sequel to the first drama ever (“Spare Tire”) It was also the first to feature Hal Smith who would, of course, became the first voice of John Avery Whittaker. Hear this drama that helped lay the foundation for Adventures in Odyssey.

December 18, 2019: FREE EPISODE! “The Sounds of Life” a Focus on the Family drama from the Adventures in Odyssey team. Merry Christmas! The team behind Adventures in Odyssey produced “The Sounds of Life” in 1992. Writer Paul McCusker and sound designer Dave Arnold produced this drama between their responsibilities for Odyssey. Originally released on the Focus on the Family broadcast, this touching drama illustrates some of life’s most precious moments. Merry Christmas! “Gone Fishing,” one of the early dramas Focus produced, featured two actors who would later become familiar names on Adventures in Odyssey: Chuck Bolte and Hal Smith. Chuck Bolte was executive producer on the show during the majority of its first decade and Hal Smith, of course, became the first voice of John Avery Whittaker. Hear this drama that helped lay the foundation for Adventures in Odyssey, plus some special memories from Chuck.

Merry Christmas! As the year draws to a close, we listen to the very first radio drama ever produced by Focus on the Family. “Spare Tire” released on the daily Focus on the Family broadcast on December 17, 1983 and it paved the way for “Family Portraits” and – ultimately – Adventures in Odyssey. Hear […]

July 5, 2017: FREE EPISODE: “Odyssey Sings!” (Plus hear about the creation of this adventure!) In this classic story from Album 45: Lost & Found, America Sings! comes to Odyssey and many hopeful singers including Wooton, Bart, Harlow, Connie, and Tamika line up to audition.. Plus, hear about the creation of this adventure from composer John Fornof, producer Marshal Younger and more.

Merry Christmas! It’s time for a free episode! In this classic story from Album 39: Friends, Family, and Countrymen, Wooton Bassett wants to help Edwin Blackgaard with an upcoming production. Liz Horton tries to find something — anything — she can do better than others. Plus, hear an interview with sound designer Allen Hurley.

In the very first Odyssey live show, the gang from Whit’s End hosts a wacky New Year’s eve celebration. Hear how the show came together from writer/director Phil Lollar and executive producer Dave Arnold. Plus, hear never-before-heard scenes and songs from the performance.

In the first episode of Album 59: Taking the Plunge, Penny considers Wooton’s proposal by asking what it means to be married while he deals with a setback in re-building his house. 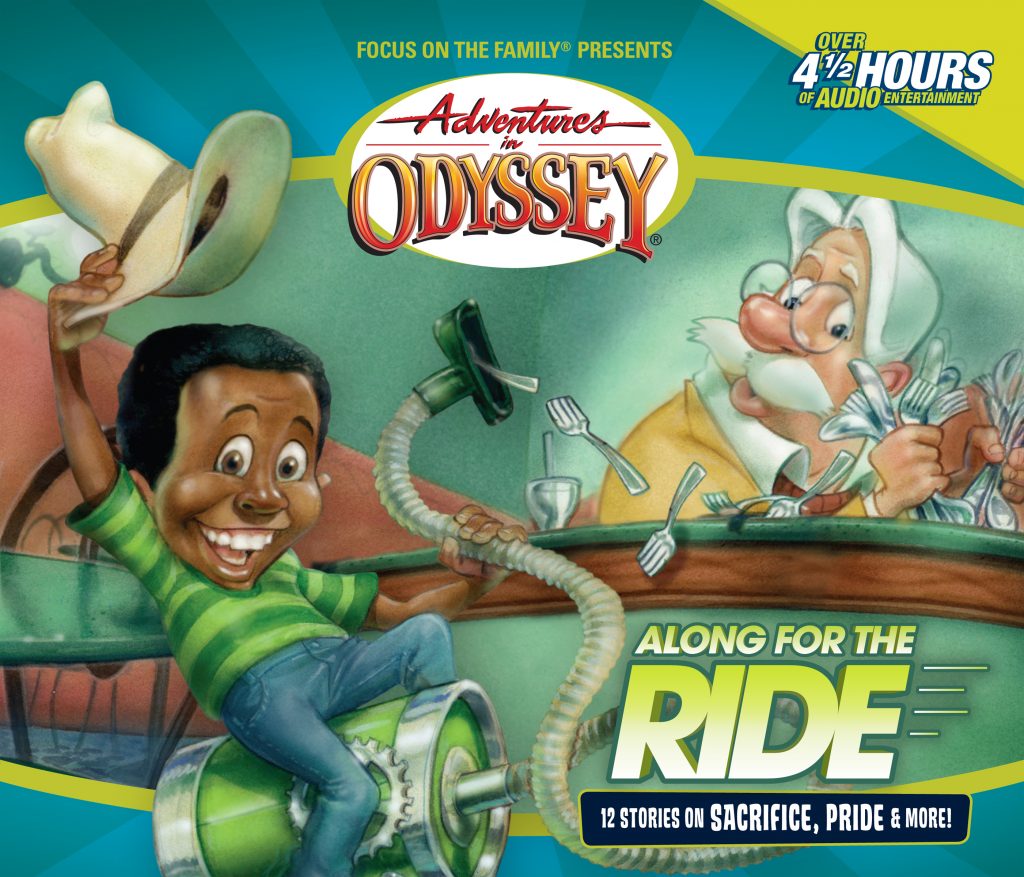 In this classic adventure from Album 43, the Odyssey crew is involved in six interwoven stories about Christmas. It all begins when Tamika gives away her toy lamb for Christmas.

In this first adventure of the upcoming Adventures in Odyssey release, it’s a time of surprises as Wooton becomes the celebrity guest at Comic-Connellsville and Whit finds himself in conflict over the upcoming “Let’s Get Together Festival” in Odyssey. Plus, hear an interview with writer-director Paul McCusker about the entire 14-part series.

In Part 2 of this episode from the recent “A Call to Something More,” Connie’s old friend continues the incredible story of a mission trip to a remote village. It’s a story of medical mystery, daring plane flights, and even…love. Plus, hear an interview with executive producer Dave Arnold about the upcoming Odyssey Adventure Club.